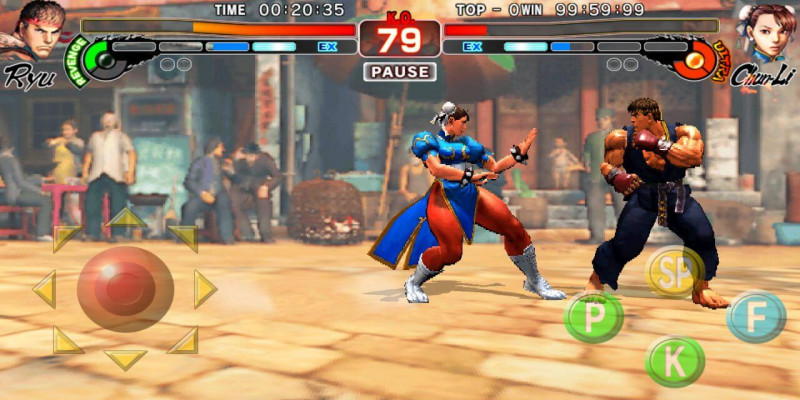 Playing fighting games can be a lot of fun, but it's not always easy. Sometimes the controls are a little too complicated, or it can be hard to find people to play with. These days, more and more people are playing fighting games on their smartphones, and it's really easy to do. All you need is a smartphone and a good internet connection, and you're all set. It's a lot more accessible, and you won't need to worry about complicated controls. Plus, you can play with people all over the world. If you are looking for fun fighting games then you should check out the games from this list.

Street Fighter IV Champion Edition is a fighting game for mobile devices. The game is similar to the original Street Fighter IV game which was released in 2009. It is one of the most popular mobile games to date, and the developers have included a variety of characters to choose from. There is a wide range of different modes, and the graphics are beautiful. The fighting system is easy to navigate and the game is really addicting.

Final Fighter is a 3D arcade fighting game with a cartoonish style. The game is relatively easy to play, but there are some harder levels and bosses. The player can choose from four different fighters, each with their own unique fighting style. The objective of the game is to defeat all of the bosses and the final boss in order to save the world from eternal darkness. The player can play as a male or female character, and can customize their character's appearance and colors. The player can also use the points they collect to purchase upgrades for their character.

Shadow Fight 3 is a fighting game with simple controls and quick rounds. The game has a lot of collectibles to earn, and each of the weapons have a different set of combos. The game is a lot of fun to play and has a good storyline.

Prizefighters is a game where you have to use your fists to destroy your opponents. You have to do this while also trying to dodge their punches. Starting out you can only have a three round fight but you can unlock more rounds by collecting stars. There are three different types of punches you can use: a jab, cross, and hook. You can unlock new gloves and power-ups. You also have a stamina meter which you have to keep up or you will lose the fight. Prizefighters is a pretty simple game that is a lot of fun to play.

The idea of playing fighting games may seem like a strange one. Why would people want to fight each other when there are so many other games that they can play. However, the fighting game genre is so much more than just fighting. The fighting games have a pace and excitement that no other genre can compete with. Fighting games have a sense of risk and reward that other genres lack. When you are playing these games, you can't just go through the motions. You need to be fully present and engaged. One mistake can be the difference between victory and defeat.