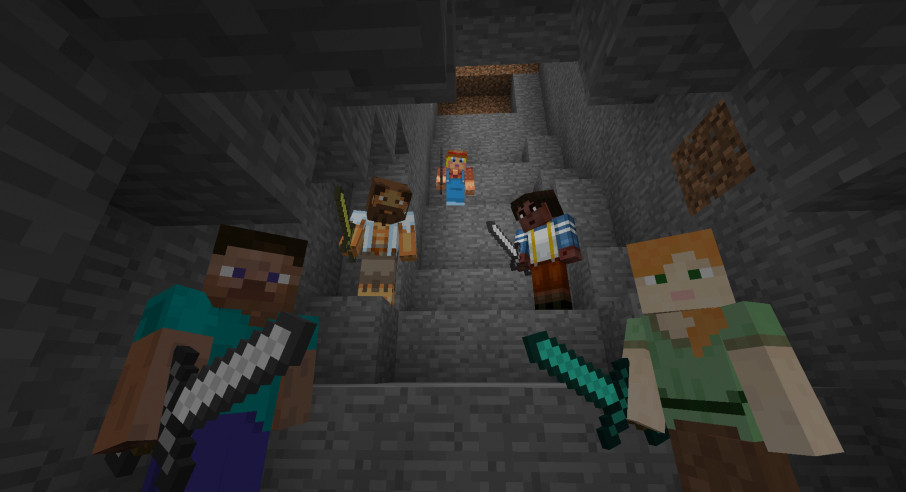 Wannabe hackers aiming to hijack accounts got in trouble: they are baited and extorted by more seasoned e-criminals.

Japanese Minecraft pseudo-hackers face a real disaster. After trying to get access to a database of stolen “Minecraft logins and passwords”, they get attacked with rather peculiar ransomware.

The malicious software disguises itself as simply a list of passwords and other confidential data. After being unpacked, it quickly infects the operating system of the computer. As a result, all files that belong to a woebegone hacker have literally been held hostage. The ransomware informs them that unless they transfer payment in gift cards worth 0f $17, the entire data system will be wiped out.

In addition, the malicious software replaces wallpapers with rather a humiliating ransom note. But what’s really peculiar about the whole situation, is that the anonymous attacker warns the victims, that “he is available on Saturdays only”, for which he politely apologizes.

The ransomware infects the file system, and you won’t be able to use any executable file larger than 2 MB. However, it's temporary, and there is a slight chance to save your data. For that, there is one option: using the decryptor tools provided by the likes of Avast, Bitdefender, Kaspersky, Emsisoft, or McAfee (there are three McAfee decryptors available: first, second, third).

If you try to launch the files anyway, they will be destroyed with a bunch of random bytes integrated into their initial “anatomy”. And after paying the ransom, things don’t go back to normal. Plus, you won’t be able to restore them with the OS backup.

This case shows that neglecting antivirus usage can be disastrous. Have you ever dealt with ransomware before? How did you solve the issue? Let us know in the comments!